In cold clear and calm weather on the evening of December 19, twenty-one boats decorated for the holidays paraded through Kodiak’s Near Island Channel.

Due to Covid-19 precautions, the usual festival featuring crowds of people walking the harbor floats to see the decorated boats was canceled. Instead, the boats paraded from Shahafka Cove through the Near Island Channel to Pier II while hundreds of socially distanced residents and visitors watched from beaches, docks, homes and the Near Island Bridge.

The event was live streamed to several thousand Facebook visitors and a photo contest was held, using Facebook “likes,” as the judging criteria. The winner of that contest is Josh Jordan’s photo above of the Sylvia Star with fireworks. Gift certificates from Kodiak Marine were awarded to the top three photos, which can be viewed on the KMM Facebook page post of December 22. 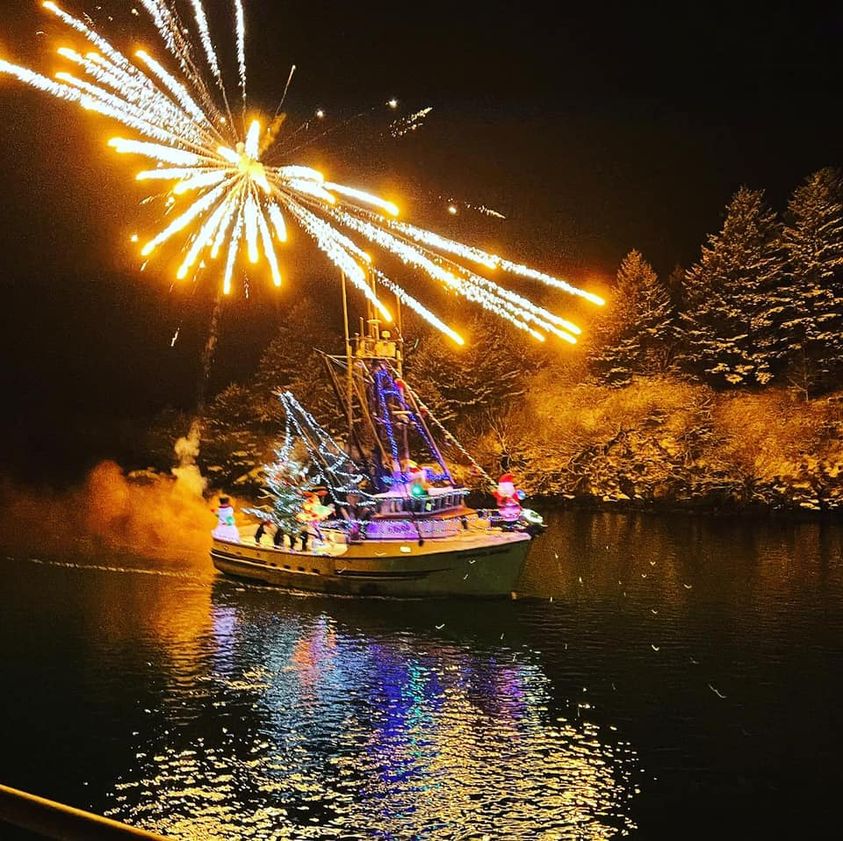