Salmon: An Enduring Gift from the Sea

Salmon are anadromous fish that hatch in fresh water, migrate out to sea, and return to fresh water to spawn. Their strong homing instinct drives them to return to their birth streams. Succeeding generations of a salmon populations, or runs, use the same spawning grounds as prior runs. Five species of Pacific salmon spawn in Alaskan waters. Their common names are chinook (king), sockeye (red), chum (dog), pink (humpback) and coho (silver). 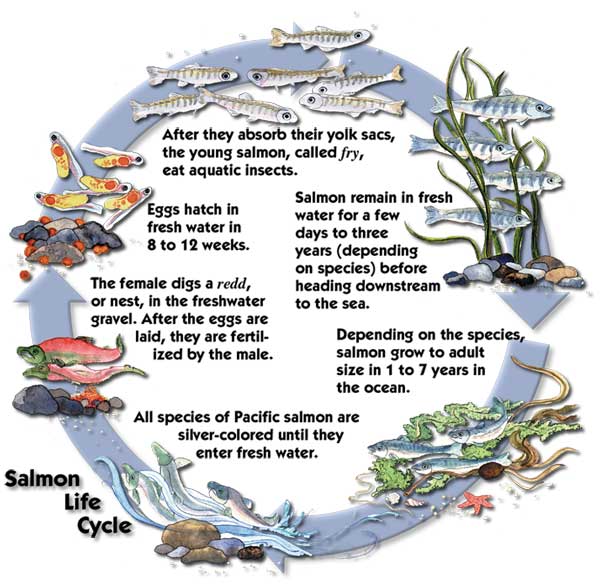 Alaska's state fish, the chinook salmon, is the largest of the salmon. Chinook salmon spend three years in fresh water before traveling to saltwater to feed and grow. In about four years, they return to fresh water. 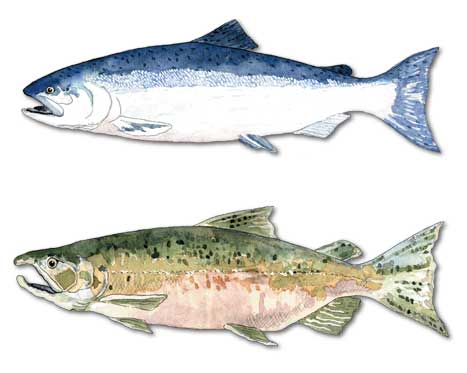 The tasty, red flesh of sockeye salmon is highly prized. After an average of two years in fresh water, sockeye return to spawn in two to four years. 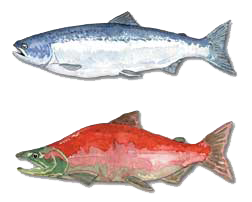 Chum salmon are the most widely distributed of all salmon species. They range from central California to the Arctic Ocean and from coastal Japan to the Yukon River. Chum salmon roe (eggs) is valued for its flavor. 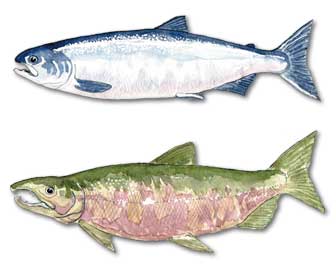 At the end of each summer, cohos return to the streams of Kodiak. The last of the salmon runs, coho salmon are prized as sport fish for their breathtaking acrobatic ability and their willingness to take lures and baits. 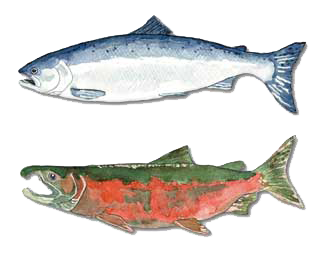 The smallest of the salmon, pinks are also the shortest lived. After hatching, pink salmon spend only two years in the ocean. Spawning males develop a grotesque, fleshy, humped back and turn mossy green. 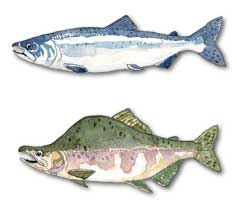